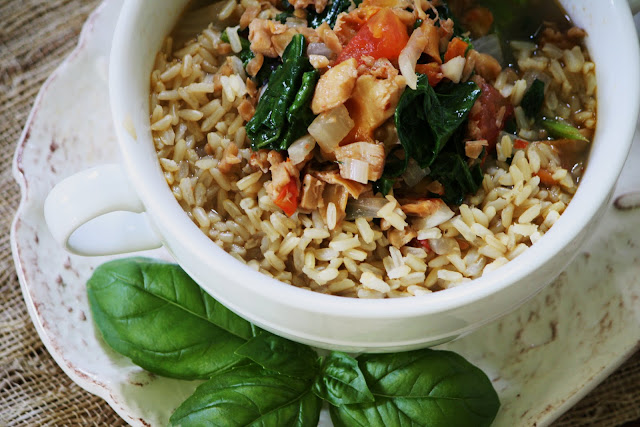 Tonight's meal was a toss up between Calulu, a Sao Tomean stew made with grouper and prawns or Matata, clams cooked in Port Wine. Both are typical of Sao Tome and Principe's cooking (and I believe Matata is also cooked in Mozambique as well), but since we just wrote out the check for my son's college tuition, the clam dish won out, as grouper and prawns are significantly more expensive than clams. And, I already had Port in the house.  I must confess that I may have poured myself a little glass before adding it to the pot -- you know, just to ea$e the money-drain pain. 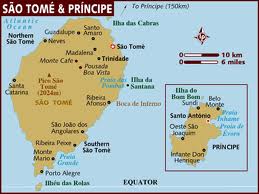 Located in the Gulf of Guinea in Western Africa, Sao Tome and Principe consists of two main islands which sit on a mountain range of non-active volcanoes and is the second smallest country in Africa after the Seychelles.  The country has two distinct seasons (rainy and dry), and has a hot, tropical climate. The country was discovered by Portuguese explorers in the late 15th century. Following colonization, the Portuguese used manly slave labor to grow sugar cane plantations, making Sao Tome and Principe Africa's greatest exporter of sugar in the 1500's.  By the 19th century, cocoa and coffee plantations replaced sugar, and by 1908, the country lead the world in cocoa production. Today, coffee and cocoa remain important to the country's economy.  In 1876, the Portuguese abolished slavery, but the indigenous people continued to be exploited, until the "Batepa Massacre" in 1953. Finally in 1974, Marcello Caltano was overthrown and in 1975 the country gained independence, instituting multi-party elections in 1991. This beautiful country boast waterfalls and jungles teeming with 135 species of birds as well as and beaches that are home to spectacular hawks-bill sea turtles and Humpback whales.

Cuisine in Sao Tome and Principe is strongly influenced by its Portuguese as well as African traditions. Cornmeal, millet, rice, hot stews, curries, chicken, peanuts, coconut, cucumber, bananas and plantains are commonly eaten. Fishing on these islands yields plentiful seafood such as shellfish, lobster tails, shrimp and prawns. Coffee, Tea and Portuguese wines are also highly regarded as some of the finest in the African continent.

A quick note about clams a.k.a, bi-valve mollusks - If you can get fresh clams, these are ideal, however, a wonderful frozen substitute can be found in Sam's Clams, right out of Warren, Rhode Island. I get these in the frozen seafood section of my grocery store which is great, especially in winter months when fresh seafood is harder to come by. Sam's Clams are 100% natural (no salt or preservatives added), hand shucked sea clams which are chopped in good sized chunks. I use them for chowder, clam sauce and fish stews. Check out the link for a bunch of other tasty clam recipes....some I may just try later on in the week! And, please, please, please try to avoid using canned clams as they really do a disservice to your dish. 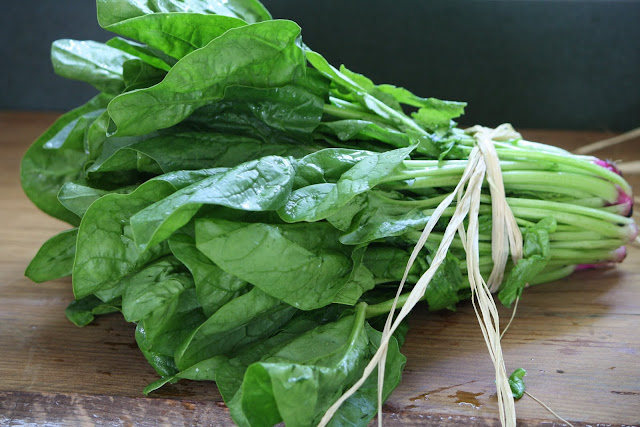 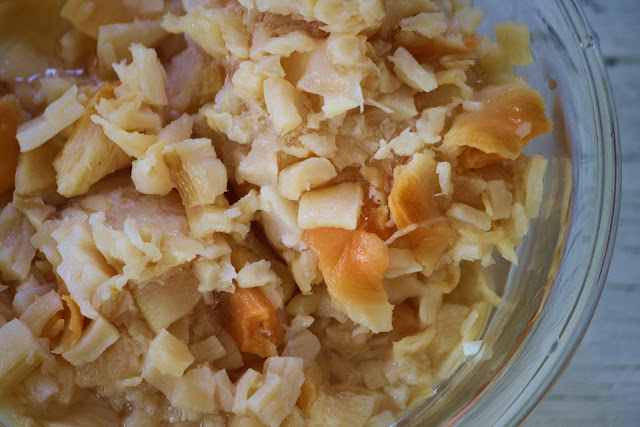 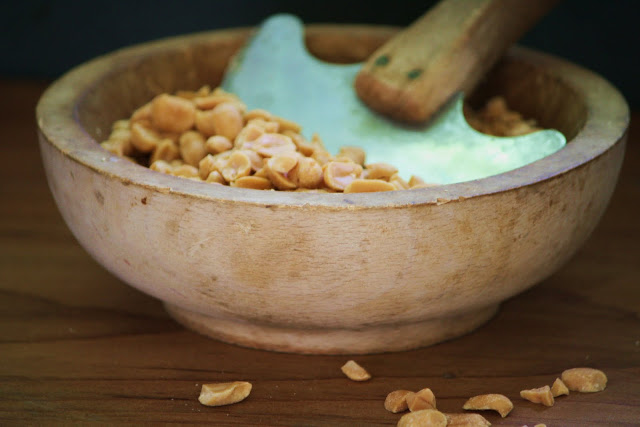 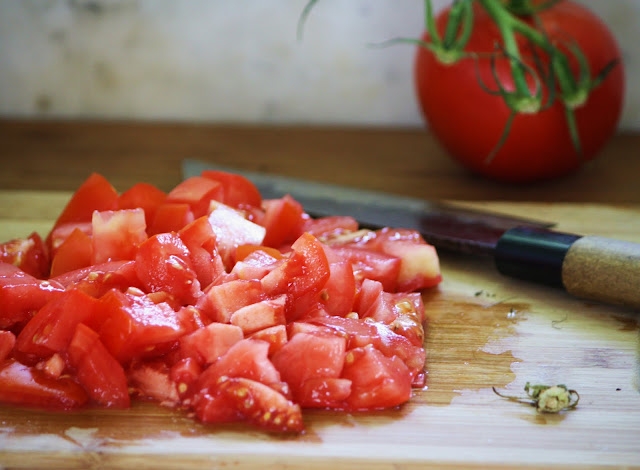 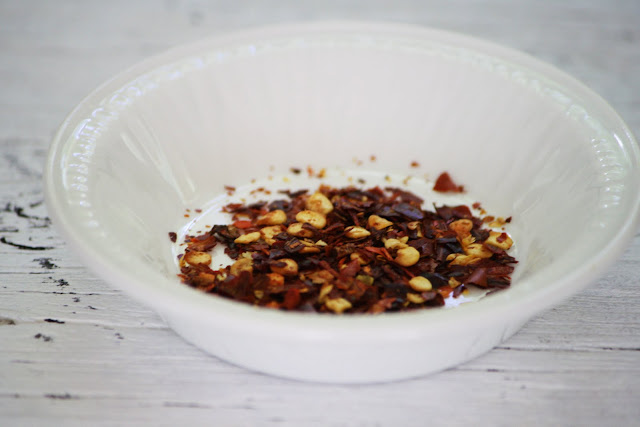 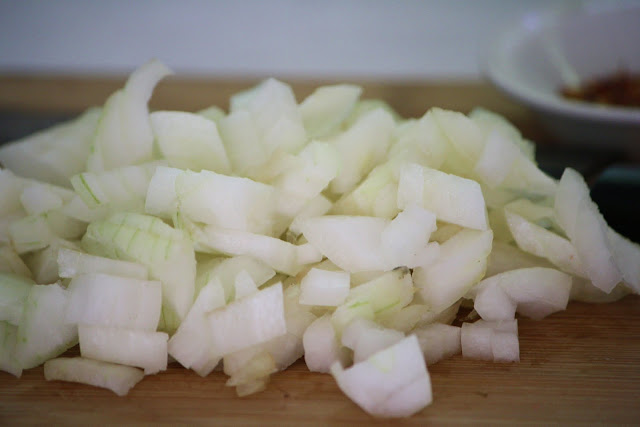 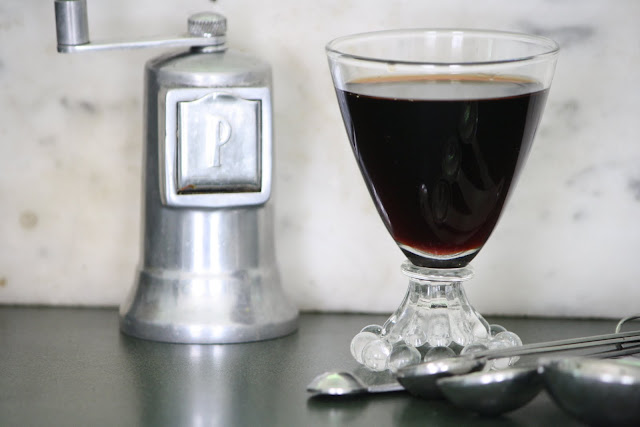 Everything in one pot - easy, right? 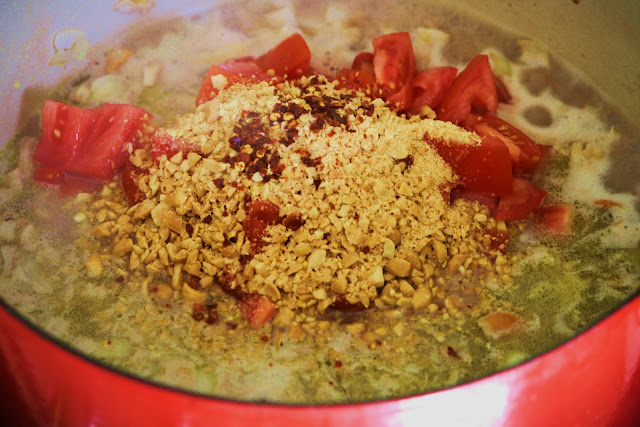 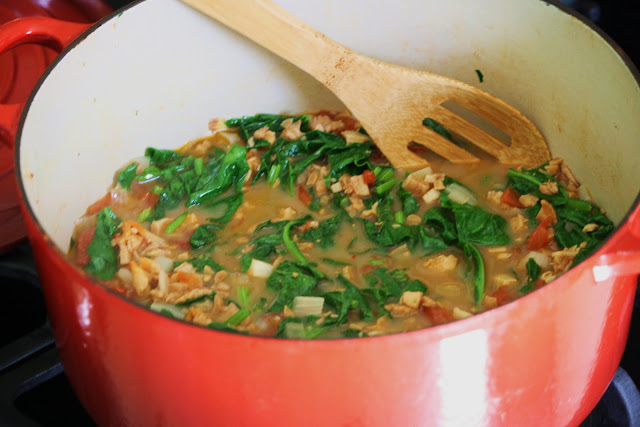 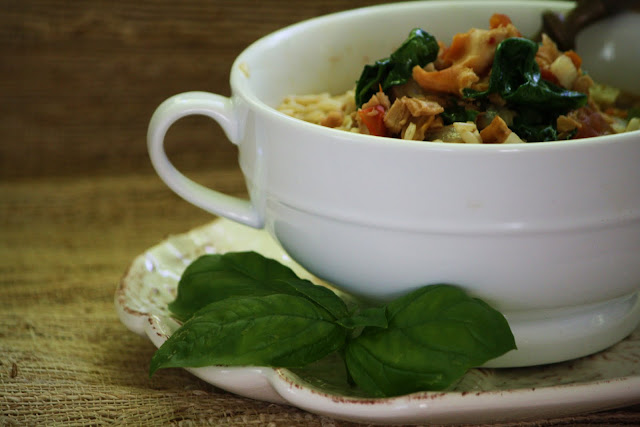 1 cup onions, finely chopped
2 ounces olive oil
4 cups chopped clams in their juice (use fresh or frozen)
1 cup Port wine (don't be afraid to be generous)
1 cup unsalted, roasted peanuts, finely chopped (or lightly salted)
2 tomatoes, cut into small pieces
Salt and freshly ground black pepper to taste (reduce salt if using lightly salted peanuts)
1 tsp. crushed red pepper
1-1/2 lbs. fresh spinach, chopped
Final Assessment: This was a deceptively easy and tasty dish. The addition of Port during cooking added a rich, aromatic touch to the meal. It's low in fat, high in protein and rich in vitamins thanks to tomatoes and spinach. And, zip of red pepper flakes, crunchiness of the nuts, versus chewiness of the clams makes for a happy party in your mouth. I used brown rice because I was out of white rice. A+

Wow, this does indeed look delicious and I was looking for a new way to fix clams and I think I found it. I'm waiting for your Spain post =)

Oh, Spain... perhaps you'll have some suggestions for me! Many years ago, my mother and sister I went to Spain on a whim...we thought the chicken, artichokes and fries were amazing...not to mention the tapas and oranges in Valencia...hmmm...what to make!!! Hope you're enjoying your trip!

I have to admit that your take on this project is so much more refined than mine...I am a bit jealous...I look amateur in comparison...LOL!

No way, Laurrie - you're no amateur! I chose it partly based on what I had in the pantry...plus, well, you know...the port :)