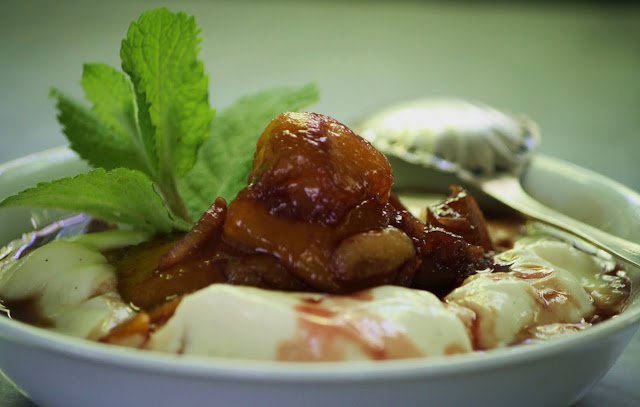 Several weeks ago I received an offer to review and test a few recipes for a new cookbook, 150 Best Tagine Recipes, by Pat Crocker. An international award winning cookbook author, culinary herbalist and professional home economist, Pat has also written books on juicing, smoothies, yogurt, as well as vegetarian and vegan cooking. And, as if that isn't enough, she is the recipient of of the 'Professional Award' for the International Herb Association as well as the Literary Award from the Herb Society of America (2009). You go, Pat! 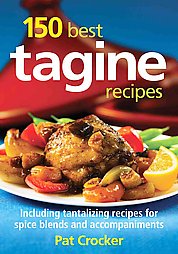 Anyone who follows my blog knows how much I love Moroccan and North African cuisine (thank you to my Moroccan friends, Ousama and Mohammed who have so generously shared their recipes!) as well as cooking with my tagines. So, a couple of emails later with the nice folks at Robert Rose, and the cookbook was on its way to me to sample and review. But, before I get into the recipes, a little about the book.

Beginning with the quote (above), I fell in love with this book. The introduction gives an excellent overview of the Maghreb (Algeria, Morocco, Tunisia and Libya), and how the ancient blend of these cultures has influenced North African cooking as we know it today. Known for its healthy and fresh foods, the Mediterranean diet relies far more on whole ingredients such as fresh fruit, vegetables, nuts, grains, garlic, spices, olive oils and scented flower water than on meat and dairy products.  One of the awesome characteristics of tagine cooking that makes it both unique and delicious is the way fruits, vegetables, meats/fish and spices are combined and juxtaposed. Somehow, knowing the history behind the cooking makes the food taste better too because it makes you think about and connect with what you're eating - something we don't do enough of.

Following the book's introduction, Crocker includes straight forward sections on traditional v.s. modern tagines and their features:  how to cook with a tagine, which kind is best for various recipes and vendor information, along with websites and sources in the back of the book. Perhaps one of the most interesting elements of her book is a substantial section on North African herbs and spices, including drawings, descriptions and uses, and an accompanying section on Mediterranean ingredients. Whether you're a spice aficionado or just starting to dabble in the spice world, this section of 150 Best Tagine Recipes makes for great and informative reading.

Finally recipes are divided by poultry, lamb, beef, fish and seafood, vegetables, dips and sauces, sides and salads and beverages and sweets. Each recipe is accompanied by a side bar that includes author commentary as well as tips for optimal cooking and substitutions.  Included in the center of the book are a number of beautiful full color photographs that do justice to this interesting cooking style. One of the great things about these recipes, and tagine cooking in general, is how easy the process is. All the ingredients are slow simmered together yielding tender dishes that smell and taste wonderfully exotic and clean. The only down side to this compilation of recipes is that there are 150 to choose from and they all sound good! 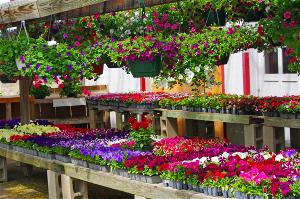 So what did I cook? I settled on a Gingered Fruit Tagine (pg. 210). Why? First, because I've never made a fruit tagine and I love trying new things. Second, native fruit in New England is plentiful in August, and my local farm stand, Arcadian Farms has a beautiful variety of peaches, nectarines and plums available. Lastly, I love fruit for dessert and this recipe included Pomegranate Molasses (pg. 172), another thing I'd never made but had to try. I spooned the tagine over over Greek vanilla yogurt and garnished it with mint from my garden. Score!

How to begin to describe the finished product?  Wow! The Pomegranate Molasses truly tastes like a across between tangy pomegranate and and rich molasses. In addition to adding it to the tagine while cooking, I drizzled it over the fruit compote which tinted the yogurt a lovely shade of pink and sweetened the fruit just enough. As for the Gingered Fruit Tagine...there was a surprise in every bite. The dried apricots and dates remained chewy, while tender chunks of peaches and nectarines melted in my mouth, followed by little pieces of ginger tingling on my tongue. And, as Crocker notes in the side bar, any fruit that's in season works in this dish, so I can imagine making this in the winter with pears and any combination of dried fruit and nuts. Even my boys and husband who generally scoff at yogurt and fruit for dessert, loved this dish. If there's any left over, I'm having it for breakfast. 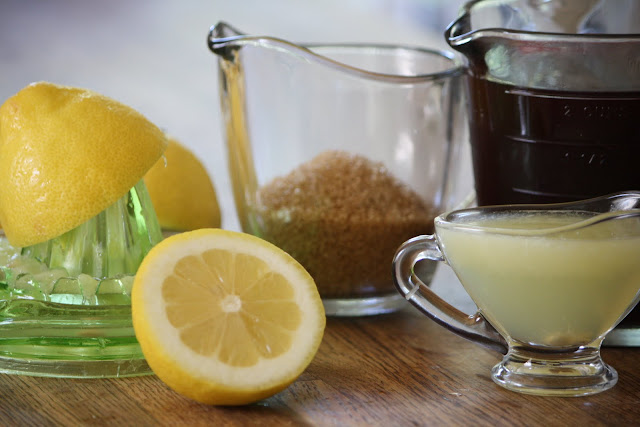 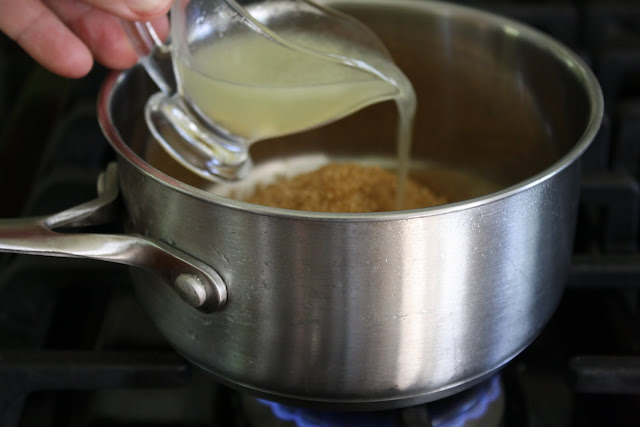 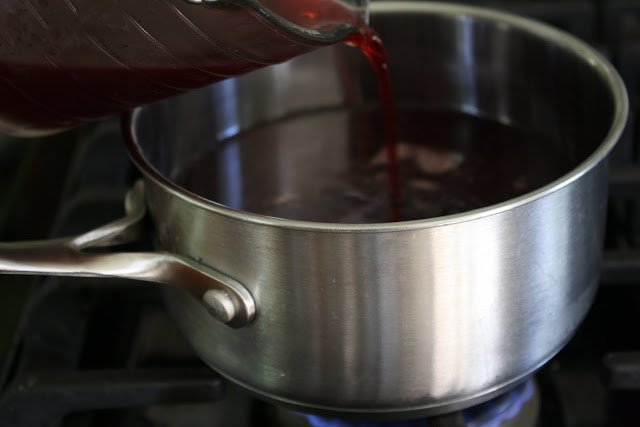 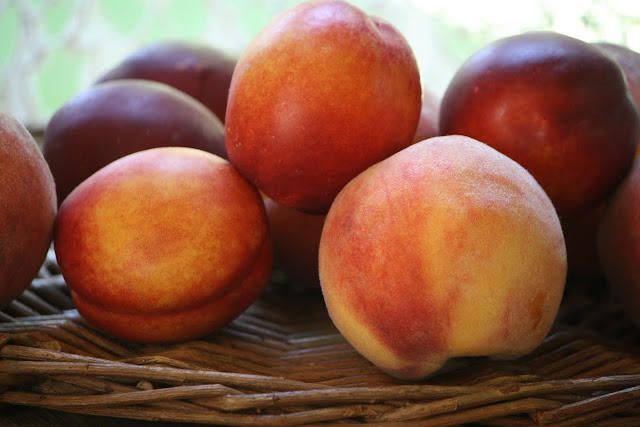 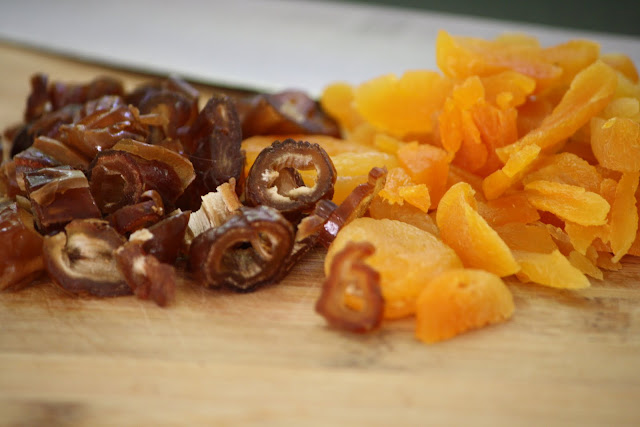 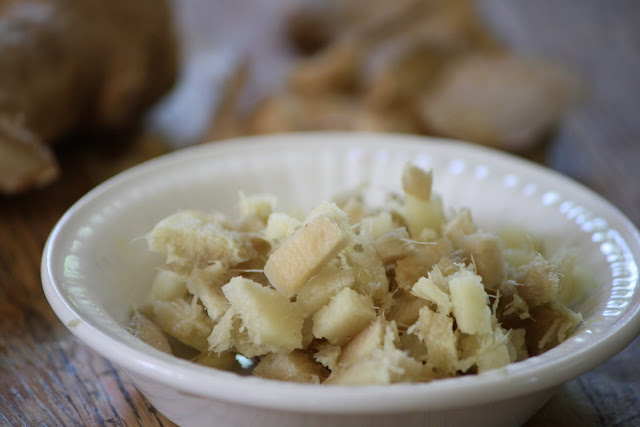 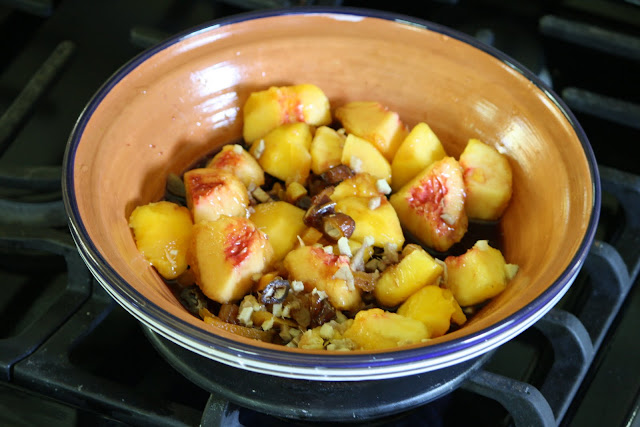 Tagine - available at Williams Sonoma - be sure to use a diffuser! 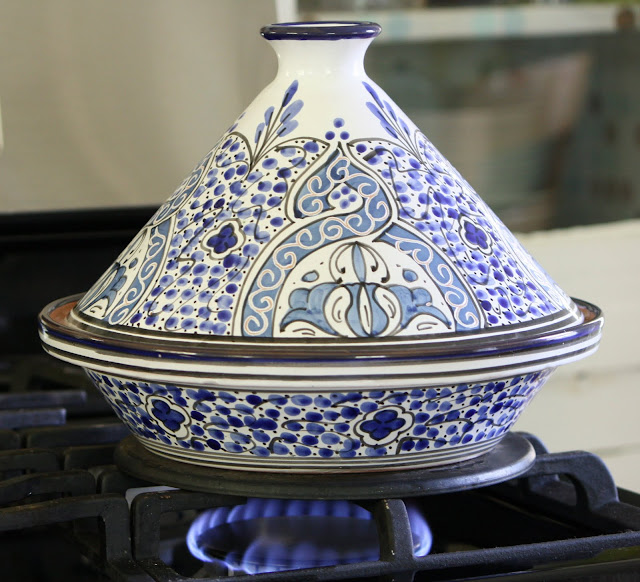 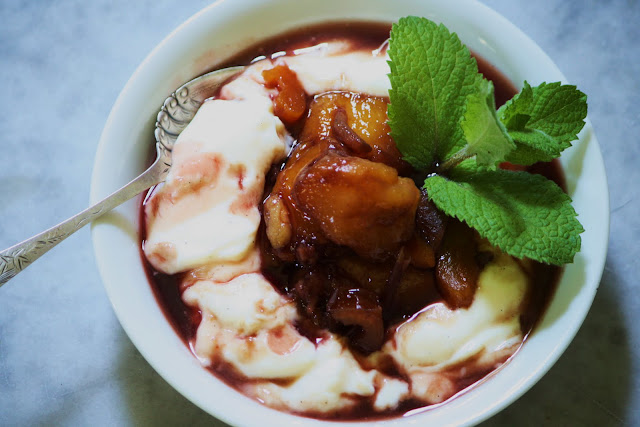 Thank you for your kind words about my new book, 150 Best Tagine Recipes.
I will be talking about the book and my recipes tomorrow, September 3 on radio, Good Day with Supermarket Guru Phil Lempert.
go here: http://www.supermarketguru.com/index.cfm/go/sg.viewArticle/articleId/2360

Or visit me at my blog, http://foodwedsherbs.blogspot.com

Thanks, Pat! The pleasure was all mine. I'm going to pick up your smoothie cookbook too! Best of luck with your radio show

The recipe sounds amazing! I wasn't able to make any tangines for any of my countries because I cannot find a tangine pot. That was part of the agreement between me and my husband that if I needed any special equipment for my project, it had to come out of my $20 per week budget. I'd really like to try one, though...any ideas on a pot that might be acceptable, yet still give the same effect as a tangine pot?

Laurrie - if you don't have a tagine, you can absolutely use a dutch oven or heavy casserole with a lid. I'll keep my eye out for tagines at yard sales for you - people get them as gifts, but don't use them. I have a billion recipes in the cookbook I got, so let me know what you want and I can copy a few and send them to you when you're ready.